“We assessed North Korea’s provocations as extremely severe“, so we added another provocation on top.  Note the usual B-1 Lancers from Guam didn’t join in. My provocation is bigger than  yours, so there. 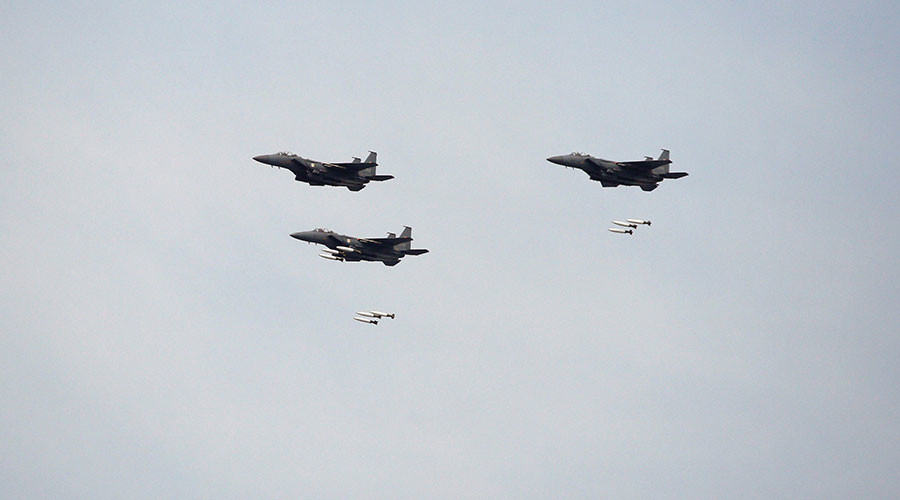 “We assessed North Korea’s provocations as extremely severe and decided to maintain a vigilant posture in preparation for the possibility of additional provocations by North Korea,” the chief of the National Security Council added.

The UN Security Council is reportedly scheduled to meet Tuesday, but the time of the meeting has not yet been confirmed.

“South Korea, the US, and Japan jointly requested the UNSC hold an emergency meeting to address an emergence of threats to the peace and security,” an official at S. Korea’s foreign ministry, told Yonhap.