Even I don’t think the South will “destroy North beyond recovery”, so I don’t suppose Kim will.

S. Korea threatens to ‘destroy North beyond recovery’ if provoked 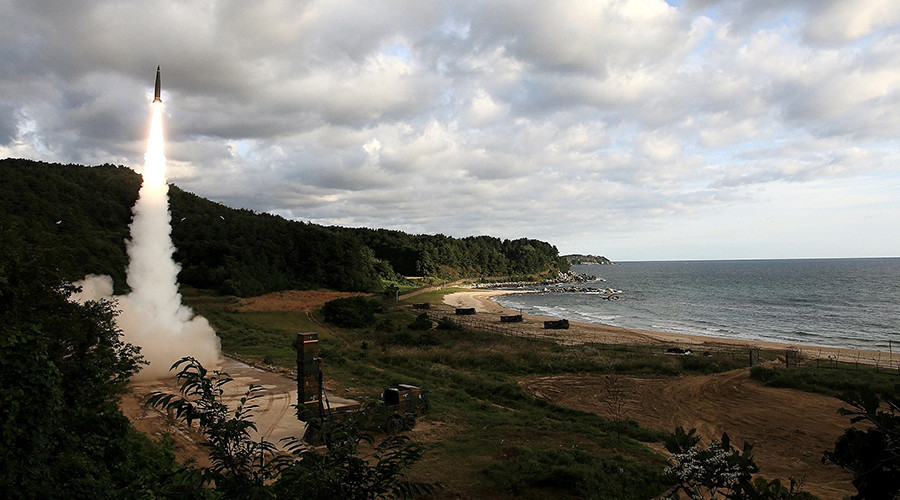 South Korean troops fire Hyunmoo Missile into the waters of the East Sea at a military exercise in South Korea, September 15, 2017 © Reuters
South Korea has been angered by Pyongyang’s latest missile launch, with president Moon Jae-in warning that further provocations could result in complete destruction. He also ruled out the possibility of opening a dialogue with the belligerent North.

“In case North Korea undertakes provocations against us or our ally, we have the power to destroy (the North) beyond recovery,”the South Korean leader said on Friday as cited by Yonhap news agency.

Moon was speaking after North Korea launched a missile earlier in the day that flew through Japanese airspace and landed in the Pacific Ocean some 2,000 km east of Japan. Seoul immediately convened a National Security Council (NSC) meeting, where Moon condemned the launch, saying the North had once again breached United Nations Security Council resolutions and “poses a grave challenge to the peace and stability of the Korean Peninsula and the global community,” according to RT’s Ruptly news agency.

“I sternly condemn and express anger at this series of provocations by the North,” Moon is quoted as saying by Yonhap.

The South Korean president also said that dialogue between the South and the North is currently impossible and called for greater pressure on the North.

“Dialogue is impossible in a situation like this,” Moon said.

“International sanctions and pressure will further tighten to force North Korea to choose no other option but to step forward on the path to genuine dialogue.”